Torquay | Bingara | Horton Park | Ocean Dunes | Eastern Golf Club | Cottesloe Golf Club | Scone Golf Club
Eastern Golf Club
Yerring, Victoria
The Greg Norman designed course for Eastern Golf Club is under construction at beautiful Yering.
Norman's experience and affinity for sand belt courses along with his environmentally friendly design approach were key factors in the selection of his firm to design the course. Norman has always admired the work of Alister Mackenzie designs such as Royal Melbourne and his ability to emulate the qualities of these courses in areas beyond sandy soils will be a great asset to the project.

Final grassing of the first 18 holes will be finished in February. The pumping systems and dams are now all complete and water is being extracted for irrigation of the course. McMahons are proud to say that the works are on schedule with the first 18 holes completed in the 12 month window.

Media Center
Greg Norman inspects our works and is pleased with what he sees.
Watch us as we build the 18th hole
Here is the 16th Green coming out of the ground!
Back to the Top 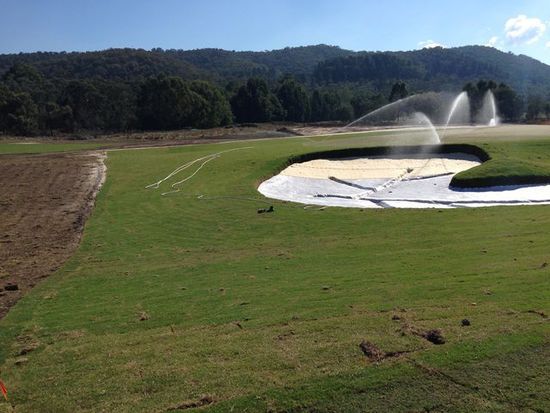 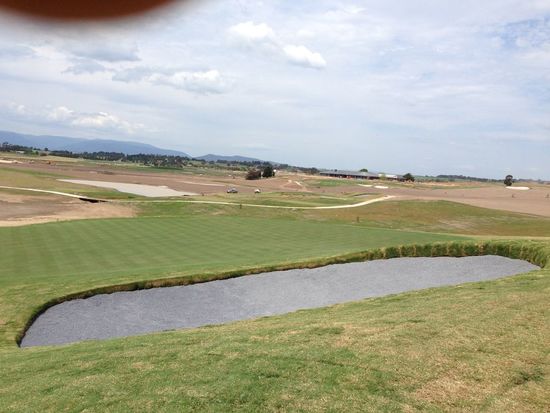 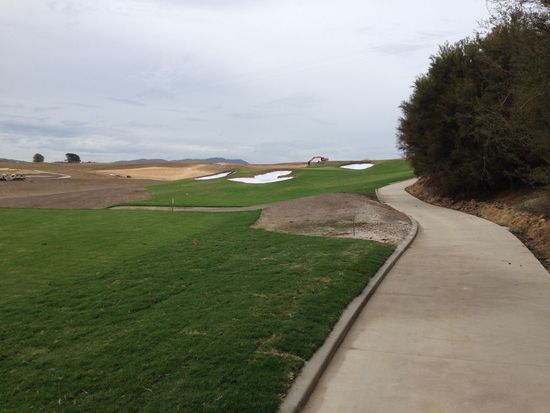 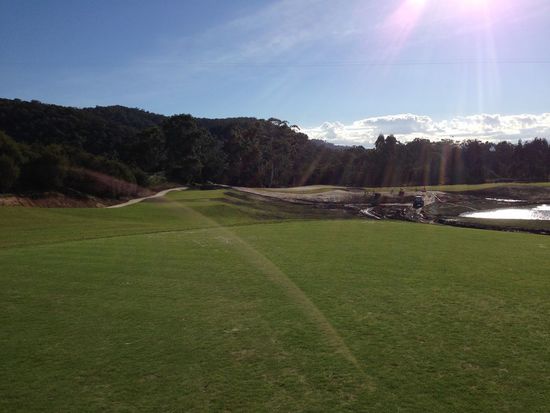 Following almost six years of intense, sometimes bitter negotiations, and having faced the prospect of being without a home, members of Horton Park Golf Club is on the move.

McMahons have been appointed Principal contractor to construct the new Horton Park Golf Club be established just 10 kilometres north of the current site, on vacant cane land at Pacific Paradise.

The new 18 hole course has been designed by one of Australia’s most successful golfers and renowned international golf course designer Graham Marsh.  The course will have an additional 9 holes added to it in a Stage 2 development which will make it one of the Sunshine Coast’s largest golf courses

Construction works are almost complete with the club to open in June!

Ariel view of the course under construction 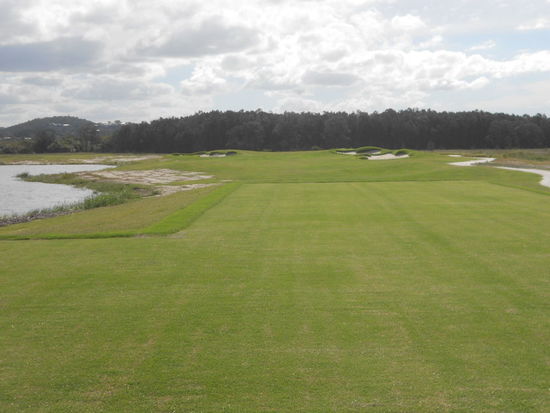 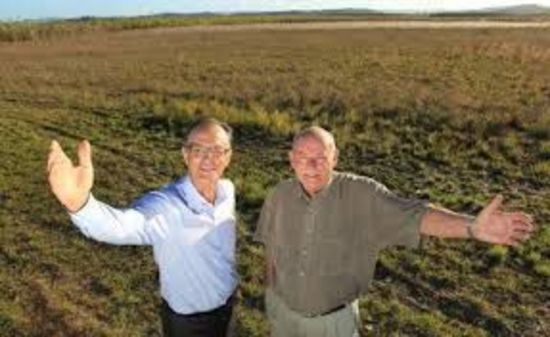 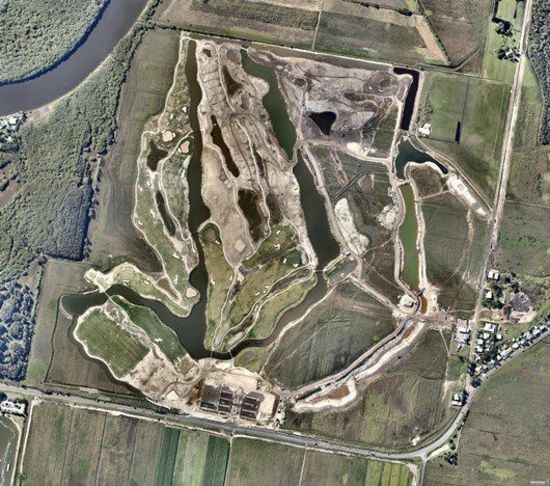 Construction of the prestigious Par 72 championship golf course at Bingara Gorge is well underway.  The 18-hole course has been designed to take advantage of the region’s natural assets by showcasing undulating fairways and multiple tee areas to satisfy social and serious golfers alike.

The course has been designed and will be constructed in an environmentally sustainable manner with minimal impact upon the landscape, consistent with a commitment to being a Green Smart community. 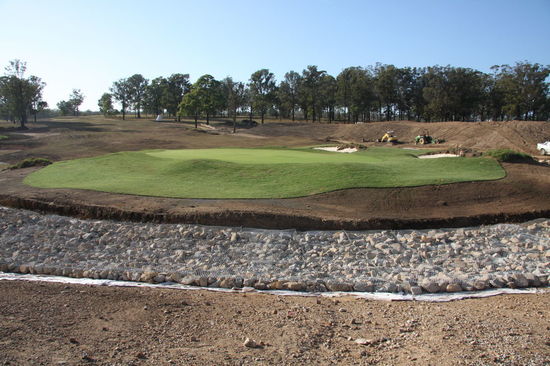 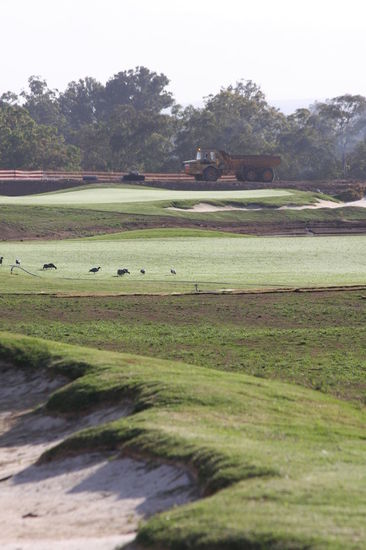 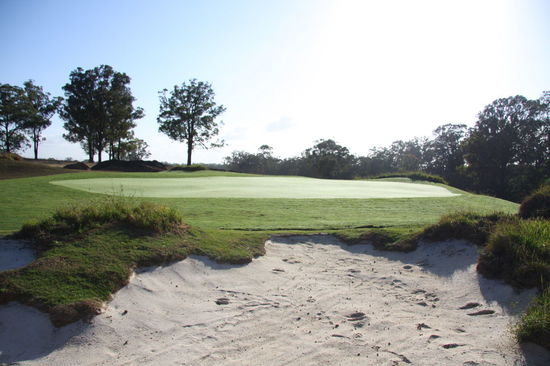 Works began in March 2011 on the redevelopment of this course located at the start of the Great Ocean Road.  Occupying approximately 48 ha. the course redevelopment is part of a major upgrade of the facilities at the RACV Torquay Resort.

Setting this project aside from others is the requirement for the course to remain open and operational for the duration of the construction.

Designed by Ogilvy Clayton, construction of the course will be staged and due to be completed in 2013. The redevelopment incorporates the reconstruction of greens, tees, bunkers and surrounding fairways in addition to the commissioning of a new irrigation system including the construction of new dams and amendments to existing dams. 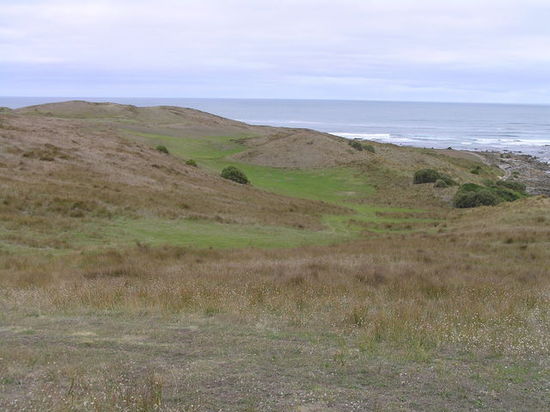 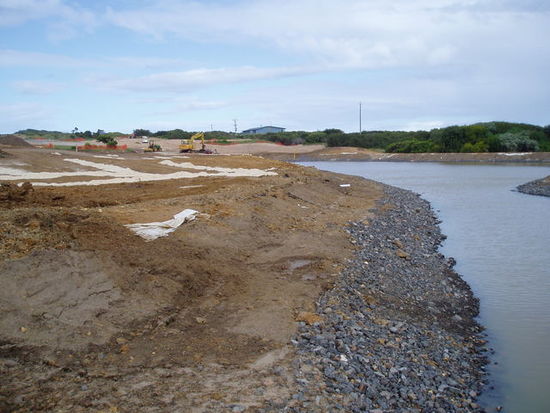 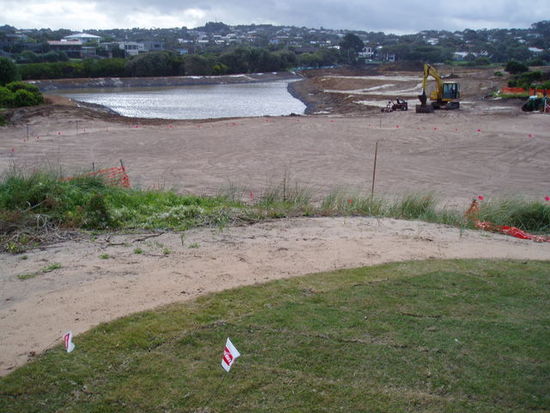 Works have begun on King Islands Ocean Dunes Course, sittuated on the majestic west coast, overlooking the Southern Ocean. The 18 hole course will sit amongst 116 hectares of magnificent undulating dunes following the 2km of weathered coastline.

The vision is to have Ocean Dunes achieve a top 100 ranking. To achieve this each hole has been designed specifically to take into account the picturesque surroundings and maintaining the natural land form where possible. None more obvious than the two, signature par three's that cross the surging ocean.

Included in the development will be the construction of a club house, small restaurant, 21 guest units to accomodate visiting players and the proposal for an additional 80 guest units at subsequent stages.

Progress of the course 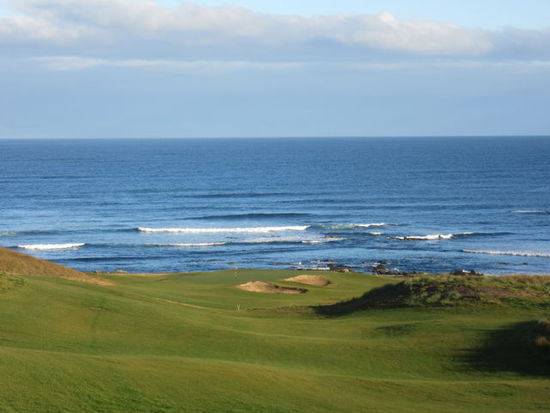 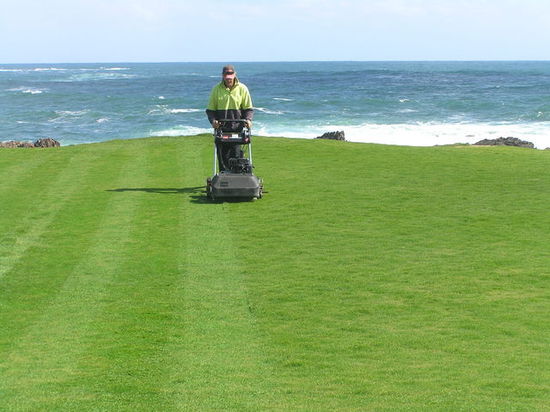 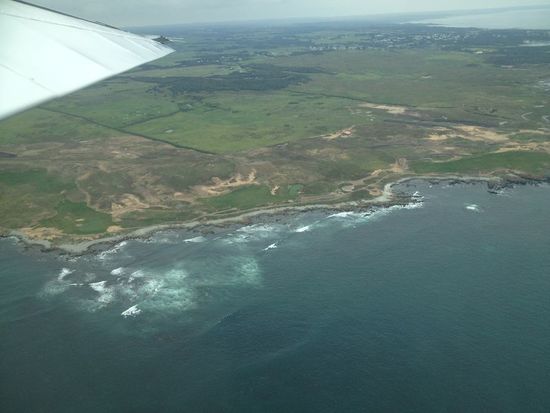 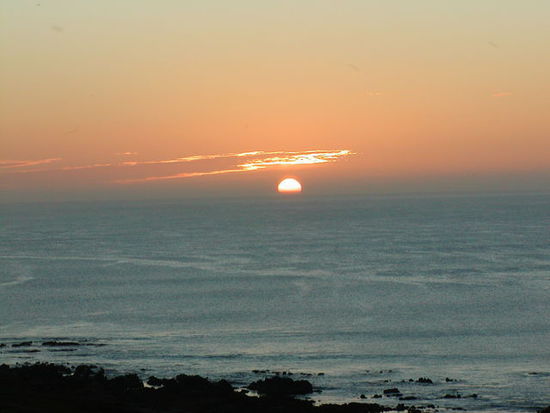 The golf club has progressed to being widely regarded as one of the finest tests of golf in Western Australia. Membership numbers have reached capacity and as a result membership at the club has been closed for several years. The club boasts a well appointed, modern two storey clubhouse with unparalleled views of the ocean to the west and city to the east. Recent events held at the club include the Amateur Golf Championships of Australia and the Australian Junior Interstate Series.

McMahons have been contracted to undertake redevelopment works to the 12th, 13th and 14th holes.

Our associated with Cottesloe Golf Club spans many years and we are pleased to have the opportunity to support the club in these all important works. 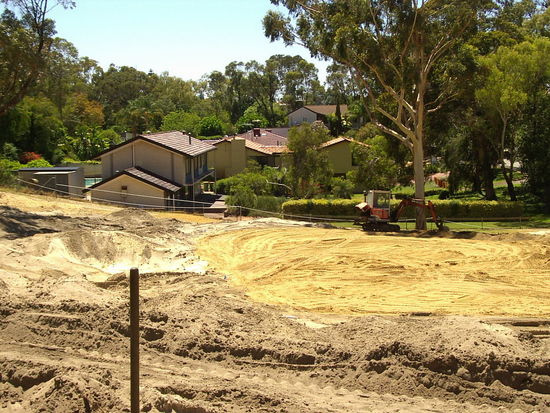 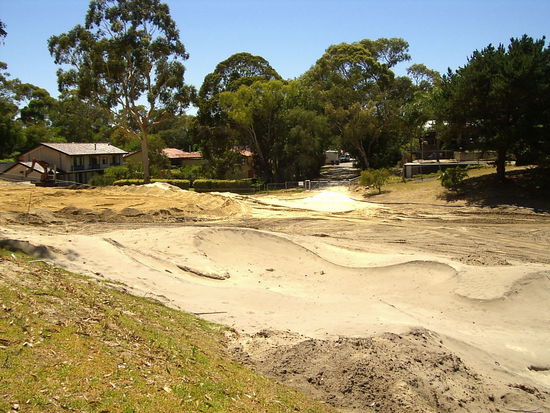 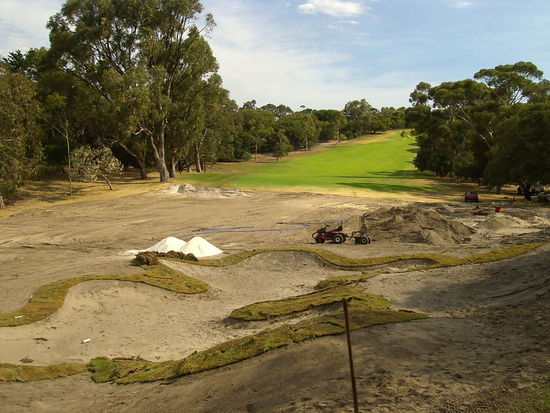 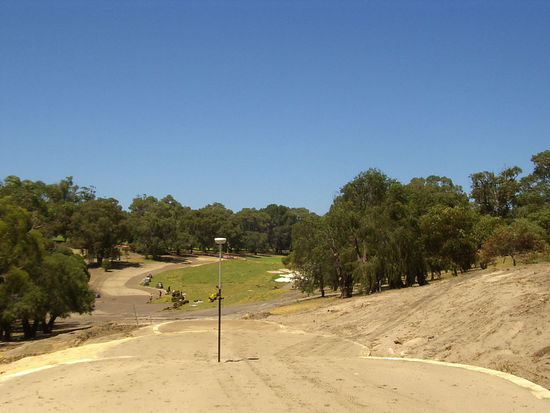 Scone Golf Club (Scone Sporties) and its golf course are located on the southern side of the township
of Scone in the Upper Hunter Valley of New South Wales approximately two hours’ drive north of
Newcastle on the New England Highway, and three hours from Sydney. The golf course is bounded
to the west by the Bill Rose Sports Complex, to the south by farmland, to the east by more farmland
and the adjacent railway tracks, and to the north by the White Park Equestrian Centre.

The existing Scone Golf Course is a 9 hole layout that employs dual sets of tees to provide an 18 hole
facility for both men and ladies.

McMahons has been appointed as Princiapl Contractor for the Design and Construction of a new facility. 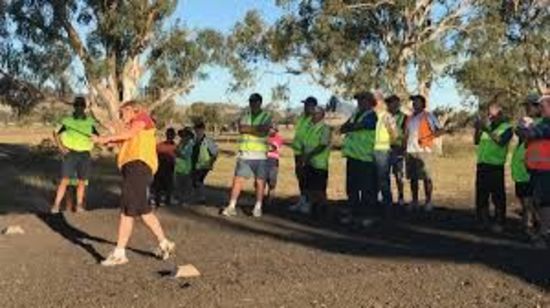 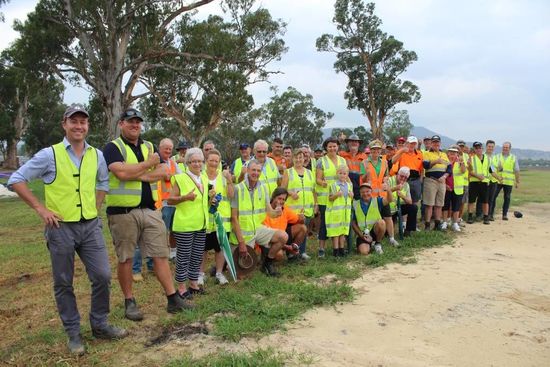 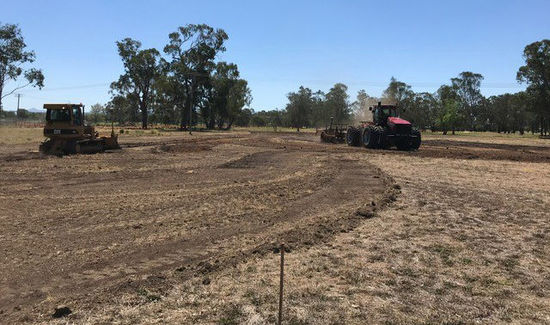